Wired for Books features audio and video presentations of book and poetry readings including children's stories and interviews with authors.

It doesn't matter who you are, an English teacher, student or just a casual browser; if you like books you'll love this site. Wired for Books has a huge collection of audio recordings which feature authors reading their own works. In addition, there's a fascinating archive of author interviews from radio host Don Swaim that were recorded during the l970s and 1980s. For many years, most of the best writers of the English language found their way to Don Swaim's CBS Radio studio in New York. The one-on-one interviews typically lasted 30 to 45 minutes and then had to be edited down to a two-minute radio show. Listen to the voices of many of the greatest writers of the twentieth century.

To give you an idea of the diversity, visitors can listen to Charles Dickens' A Christmas Carol, then to Beirut hostage Terry Anderson reading the poems he wrote during his captivity, and much more. 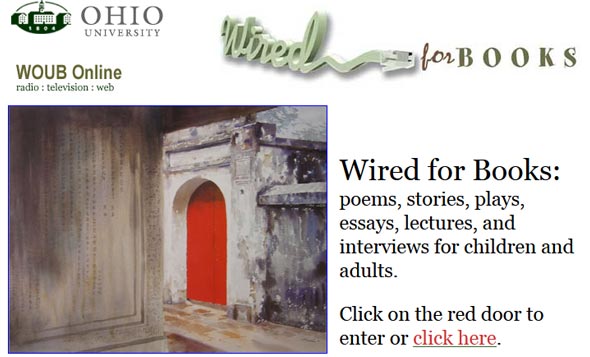