I'm a member of Linkedin and have joined several of the teaching groups on Linkedin. It has occurred to me more than a few times that if I were a psychiatrist I could do worse than look for work in these groups. I'd probably start with the group 'owners'. The owner of one group, called something like 'English as a foreign language' would provide a full year's work all on his own. Then you have the mass produced fakes, and the relentless spam.

There's little doubt that Linkedin can be useful if you're looking for work or business contacts, and many people use the discussion groups for networking and research. As a teacher, you probably belong to one or more Linkedin teaching group. I don't have a lot of time to browse groups, so I only ever look at those that relate to teaching English.

There more teaching groups than you can shake a stick at, of varying value and quality. Some try to be highbrow, encouraging debate on teaching theory, while others allow members to talk about more or less anything. In one particular group, all conversations have to be approved by the group manager (but to save time censoring, he starts 95% of all conversations anyway.) Every single response to every single discussion must also be approved (or deleted if they disagree with his opinion) by the manager. Discussions have been closed and deleted on the publicly stated grounds that they are discussing things which do not relate to EFL. In the same group, you can find details of when the group owner last changed a nappy, felt poorly, had a holiday or got told he was a control freak.

In short, there's more or less something for everybody. But many discussion groups are being ruined by the relentless spam and veritable army of fake profiles which flood Linkedin. The groups I belong to aren't too bad these days because myself and a small group of friends regularly browse the groups we belong and move spam posts into the 'promotions' or 'jobs' sections of the groups. Still, we shouldn't need to and it begs the question;

What's behind the spam?

Why are groups flooded with spam posts for fake jobsites, CV writing advice and so on? Teachers aren't generally rich and one would hope to God that they aren't dumb enough to believe these sites are genuine. So what's the point? The answers are identity theft, money and Google.

Google attributes weight and value to websites based on the number of links the site attracts. In simple terms, links add value to a website domain in Google's eyes. Google measures visitor numbers. It counts how many people clicks a link and goes to the website in question. Each visit is recorded and logged by various mechanisms which are set up to measure traffic. But a huge number of links seem to lead to rubbish websites, often poorly constructed and with low-level and copied content. Why bother attracting people to visit such crappy websites?

The number of links to a website and the number of people who visit it are used to assess the value of a domain name. Criminal groups buy website domain names and create fake websites. They then create masses of spam via email and social networks such as Linkedin to create links and attract visitors. Each link, each visit, increases a domain name's value.

Most of the links to bogus job websites relate to China and the far east. They promise easy jobs, easy money and easy acceptance. No matter how they present it, what matters is that you send them scanned copies of your personal documents. These have a commercial value for criminal gangs who specialise in identity theft.

Getting rid of the spam isn't difficult and doesn't require the services of an ex-KGB censor. My favourite Linkedin group is called "English Teaching Professionals". There isn't any spam, no posts offering to tell you the 'secret words' that you should add to your CV, no fake job adverts and no censorship. But why aren't all groups like this? 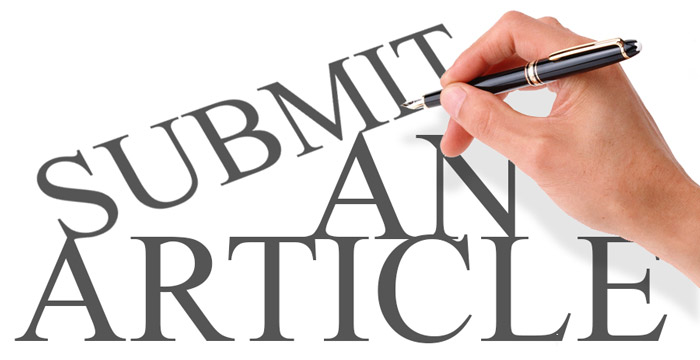 We're happy to hear from individuals who would like to write one-off articles and also those of you who are interested in contributing regularly.

Click the 'submit an article' button below to get started!